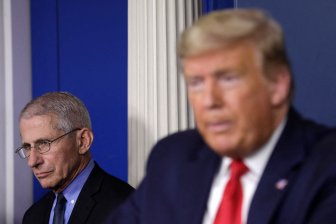 A western Manitoba Indigenous community declared a state of emergency after four of its members died of suicide in the past month — three in the past week alone.

The community, which is about 50 km west of Brandon, has requested funding for four, full-time community mental health workers and support for its crisis line workers.

Currently, there is just one mental health worker employed in the community, while a crisis phone line is staffed by volunteers 24 hours a day.

“It’s overwhelming, our community members are reaching out and… they want to know why? Why are these things happening, what can we do?” said Chief Jennifer Bone in a phone interview.

“I want our community to know that they aren’t alone and no one is alone and myself as chief, I offer all my support and power and I’ll continue to do the work on behalf of every citizen here to procure support moving forward.”

Adrienne Vaupshas, a spokesperson for Indigenous Services Canada Minister Marc Miller, confirmed $141,000 will be provided to the community for mental health supports, while an emergency response team will arrive in the community Oct. 14.

The community also wants a longer-term plan — a healing lodge meant to address the impacts of colonialism and long-term resources to address health and safety, the memo reads.

The federal government is taking concrete steps for long-term solutions, Vaupshas wrote in an email, by putting $425 million annually into community-based services for First Nations and Inuit communities.

The band council resolution that declared the state of emergency notes COVID-19 safeguards have hindered the community’s ability to conduct traditional grief and trauma practices.

In a news release Saturday evening, the Assembly of Manitoba Chiefs (AMC) said it offers condolences and support to the grieving community.

“We are having funerals on a weekly basis and it is wearing us down,” reads a statement from AMC Grand Chief Arlen Dumas, adding that although AMC has worked to assist the community, it needs federal support.

COVID-19 cases are down across Canada, but hospitals aren’t celebrating yet. Here’s why – National

Could gummed up bills in the House of Commons trigger a federal election? – National

COVID-19 cases are down across Canada, but hospitals aren’t celebrating yet. Here’s why – National